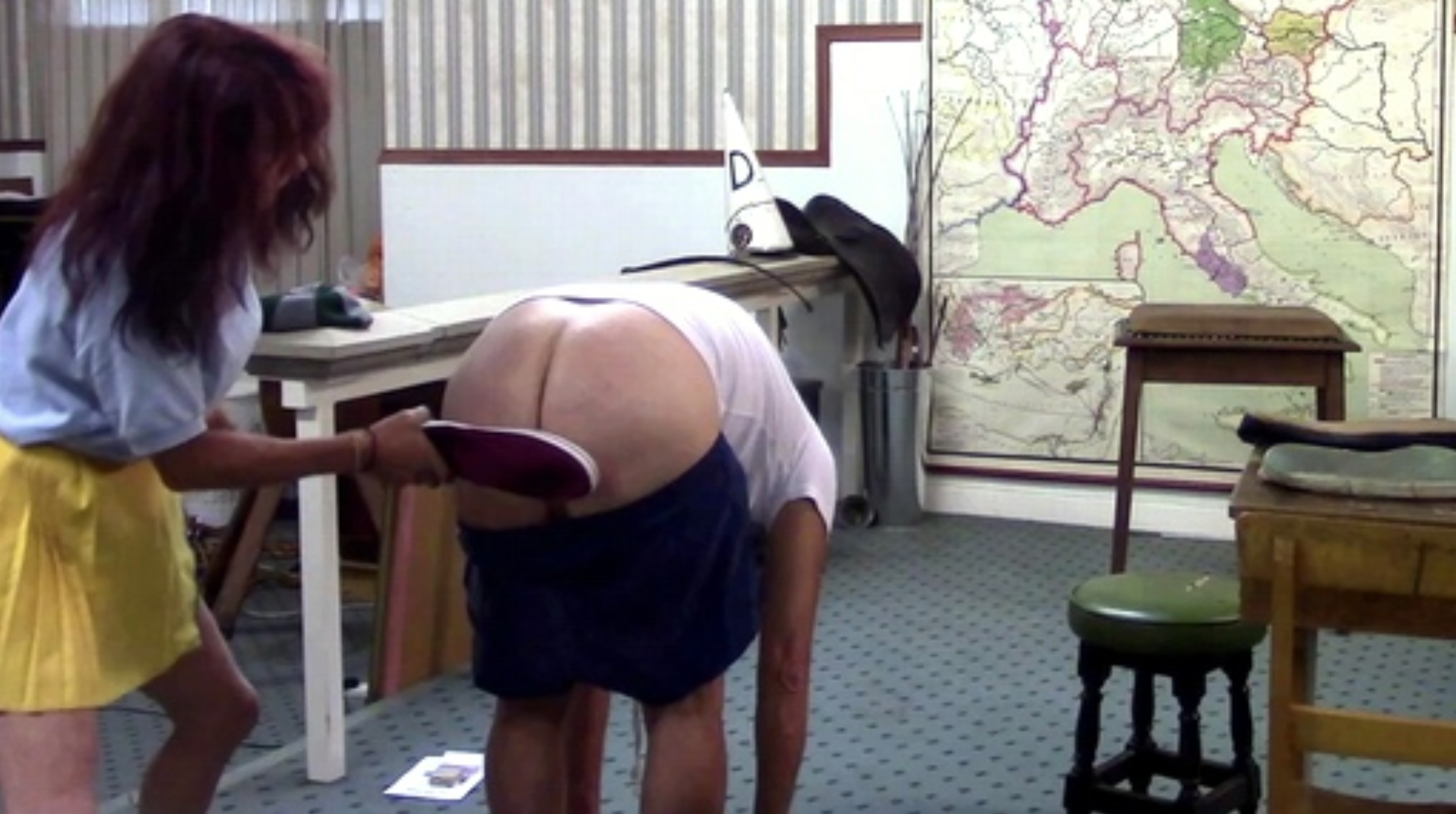 The first week back at school during the Covid pandemic and Slater is already in detention. Despite feigning a love for PE and sports, it turns out Slater had logged himself in for Sports day but then skipped the whole thing and had been spotted in the park, congregating with others, which was against all guidance! For that he needed to be punished. Told to touch his toes he is brutally slippered on his bare bottom and told to sit down for some tests. He was good at this but also smug. The 3 months off had clearly affected him and he need to be brought down a peg or two. Now bent over a desk he is rulered, caned and spanked until his bare bottom red raw, but just for good measure Miss had him over the banister for a quick strapping! 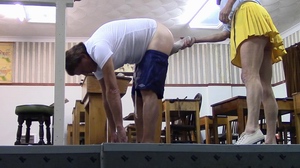 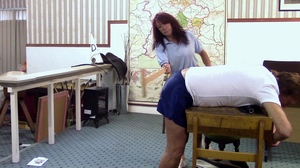 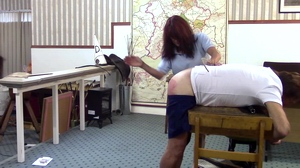 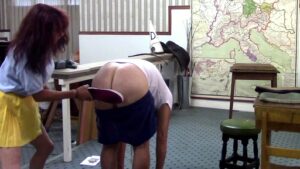 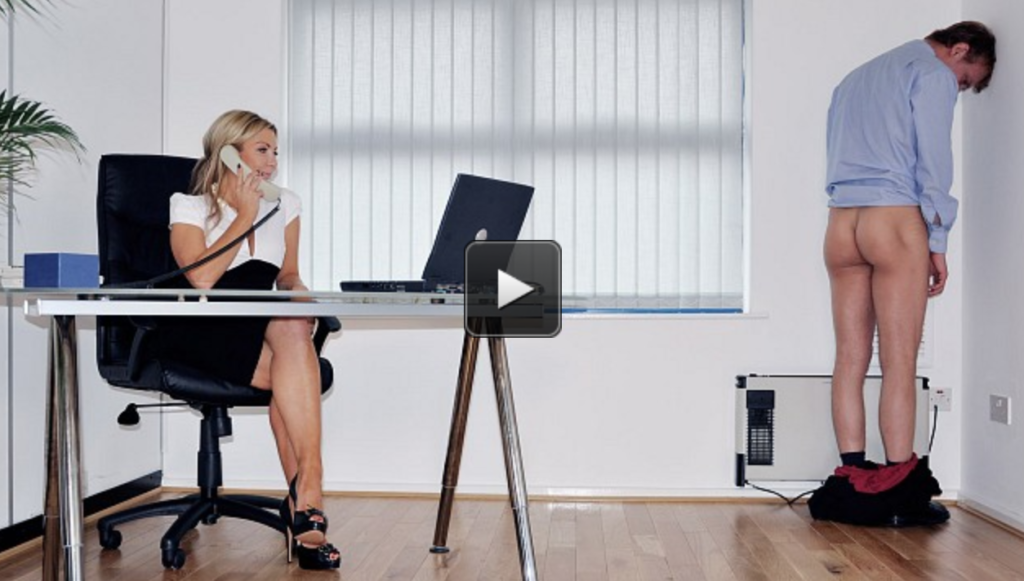