How to Succeed in a Man’s World

Roy had his annual appraisal and I had nothing good to say. He was going to be disciplined. No warnings, I’d rather SPANK. It was that or lose his job. Shoes and trousers off and over my knee. I really laid into him with the hairbrush. He was really struggling to take it, wincing and gasping with each blow, but I wanted this to be a much more severe punishment. Bent over, I took a slipper to his bare, red bottom. Slipping off my tight, knee length high heeled boots to get a better swing, I was making him gasp with every stroke and getting harder every time. I had a hidden camera, I told him, for blackmail. We still had plenty of time so I picked out my oak paddle and used it brutally. I really don’t know my own strength. Then I told him he wouldn’t have a job unless he accepted a thrashing with my dragon cane. I selected my favourite, my most painful crook-handled cane. He was going to get 12 strokes of my rod. Nasty implement, the cane. Especially in my hands when I’m seriously displeased. He knew I had a camera running and I suggested we made a movie. “How to Succeed in a Man’s World.” He wasn’t very amused. 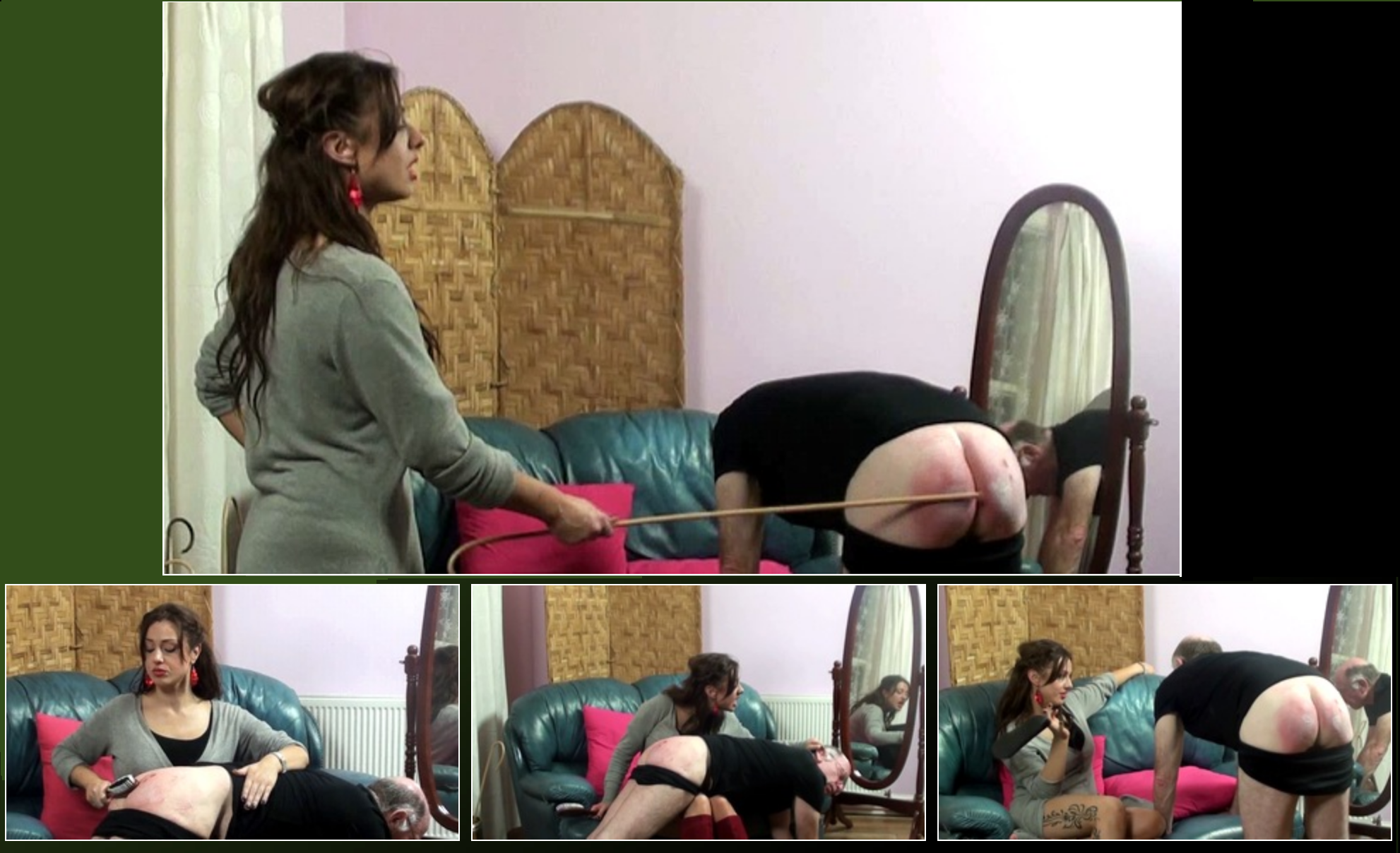