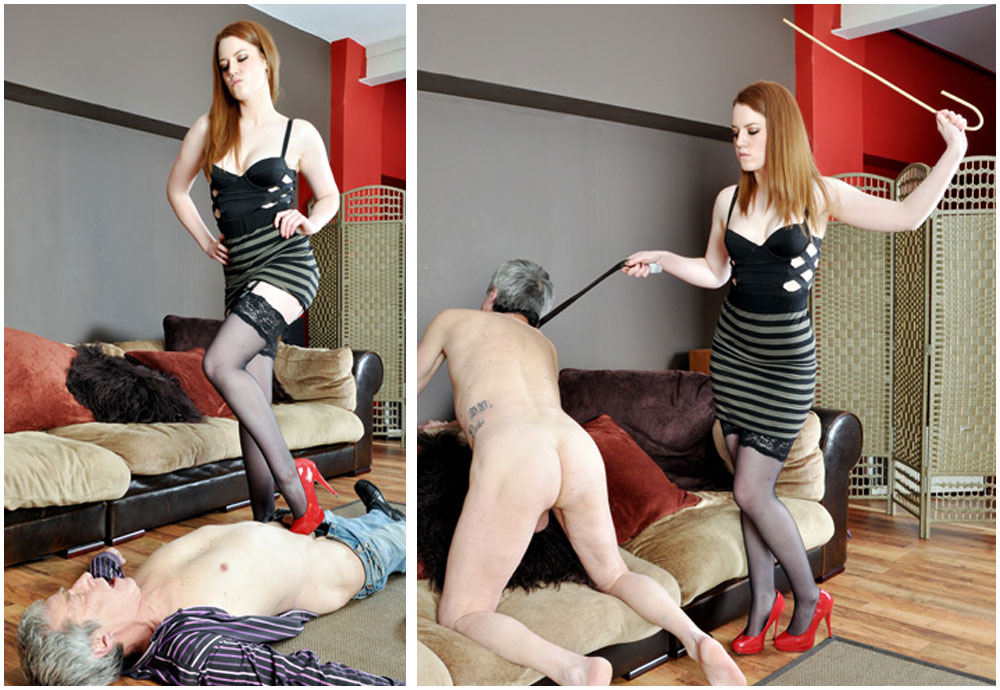 I received a letter some years ago from a fan of Miss Zoe, recommending she be made a Femme Fatale. I was already familiar with her work. A friend had asked me to watch one of her films. He was enthralled by the fiery intensity she exploded with when annoyed by the man in the scene with her. I was impressed with her completely ambidextrous use of the cane. I’d never seen someone so effortlessly fluent with both hands. It also pleased me to see such a young woman so confidently in command.

When she eventually came to join one of our filming sessions, she was nothing short of astounding! Beyond the skills I already knew to be in her possession, she is also a humiliatrix extraordinaire. The completely spontaneous expressions of sadistic humiliation she piled upon her slave were so unexpected and creative; I was thrilled.

I won’t give away what she did, for those of you who’ve not yet seen her movies – words can’t really do it justice. You must see it for yourself. Confident, commanding, creative, cruel, young, beautiful…

The above article is by and courtesy of Divine Mistress Heather