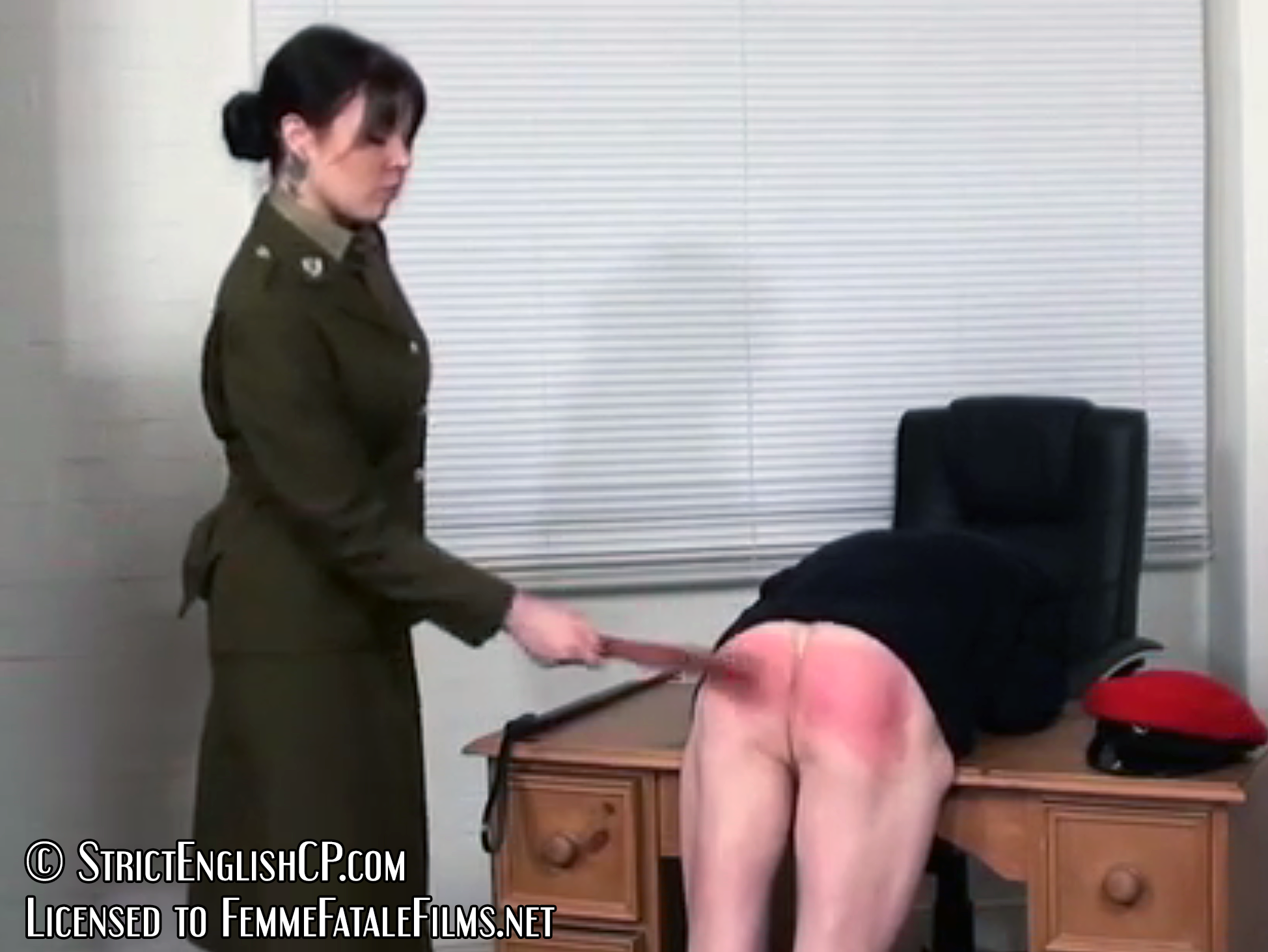 Poor old Sergeant Jones…. Miss Akroyd has caught him abusing the Privates and Lance Corporals in his care. This isn’t the first time she has caught him mistreating his rank; and something must be done! The threats of relieving Sergeant Jones of his duties after many years terrify the man; and he begs for an alternative punishment. Three guesses what that punishment may be? Sergeant Jones can’t keep his smart mouth shut, despite Miss Akroyd’s warnings, spankings, warnings and more spankings. It looks like the small brown strap on the bare bottom is in order. Miss Akroyd still isn’t satisfied, however; and thinks that to really drive the message home, Sergeant Jones ought to be punished in the same way that he disciplined his Privates – over the vaulting horse in the gym! Miss Akroyd finds Sergeant Jones waiting for her in the gym, sitting on his backside as usual. It’s about time he learned to respect women; and the men who have been in his care up until now. Miss Akroyd gives him a verbal dressing down with her sharp tongue; then bends Jones over the horse for a thorough slippering with a white plimsoll. 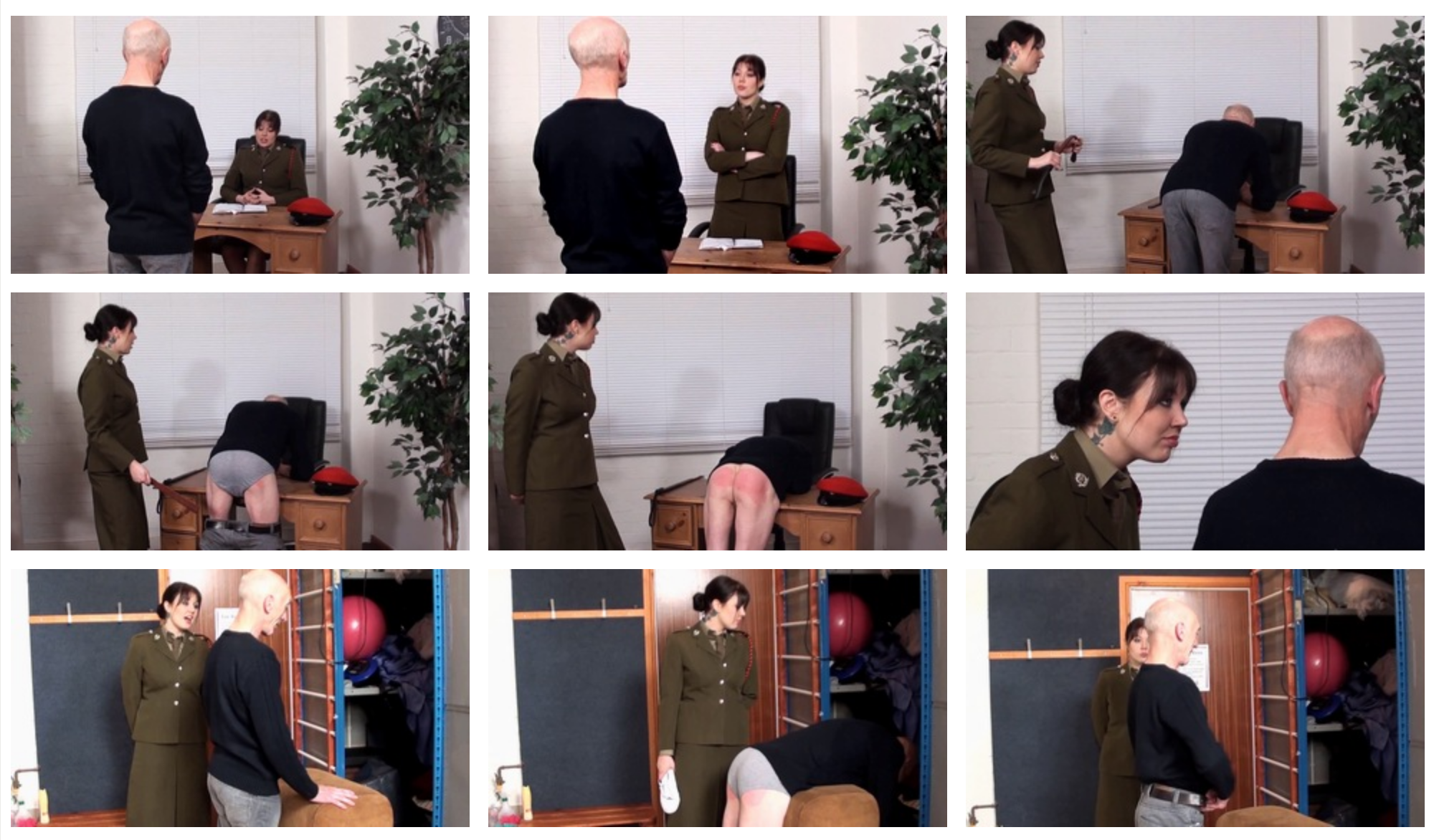