Featuring Divine Mistress Heather. Draining my slaves on a regular basis is something I not only take great delight in, but a necessary process to keep them weak and compliant. This slave was strapped to my bondage wall, hooded and had his cock and balls clamped in place with a power-vibrator ready to extract his seed. I needed to make him suffer before, during and after his orgasm, so I brought out some of my fiercest nipple clamps, applying several at the same time, before crushing his swollen nipples with my medical forceps. I saved the most excruciating pain for when the vibrator was activated, ensuring that whilst it produced an orgasm, the clamping device on his cock and balls ensured it was ‘ruined’. 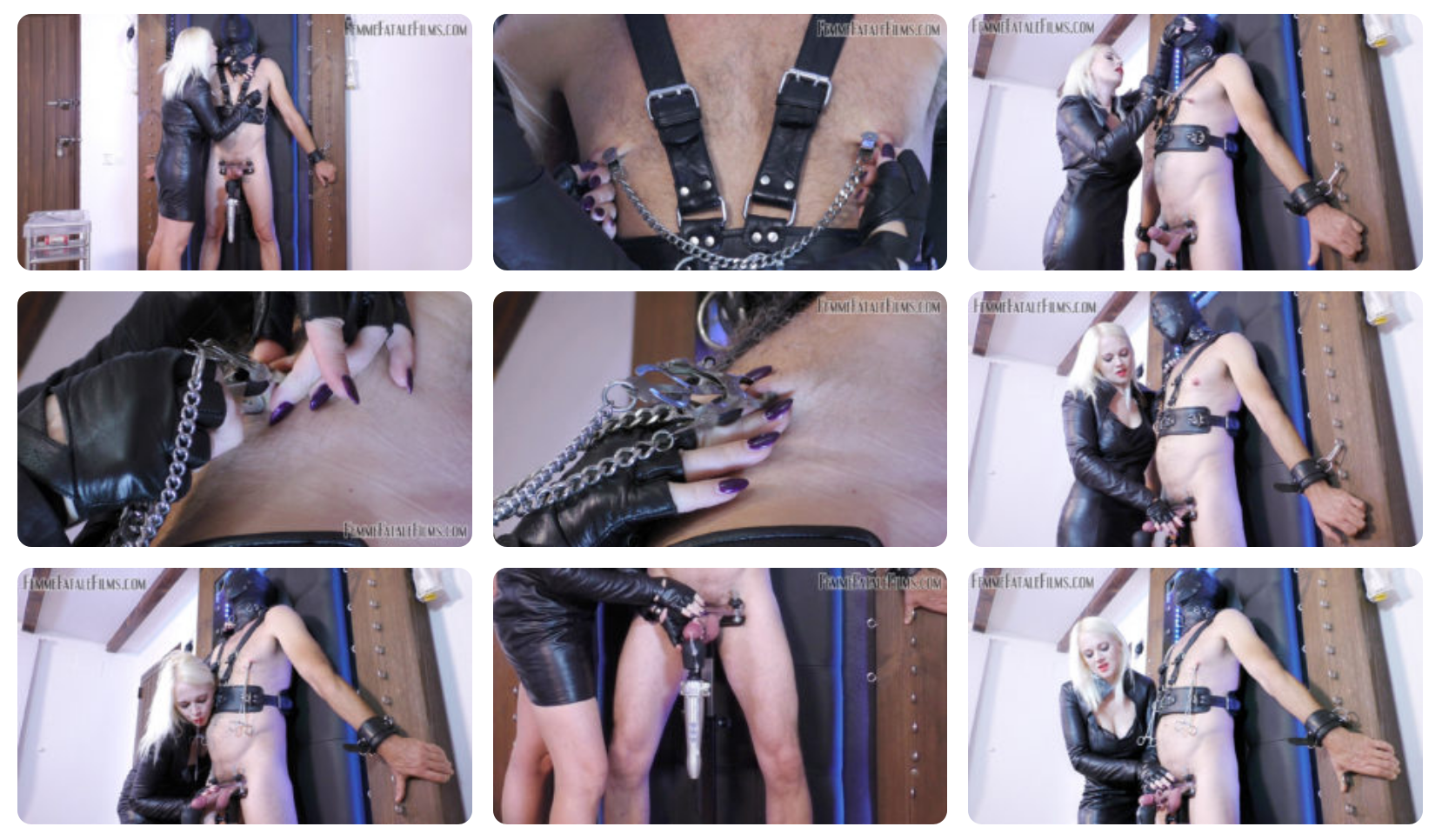