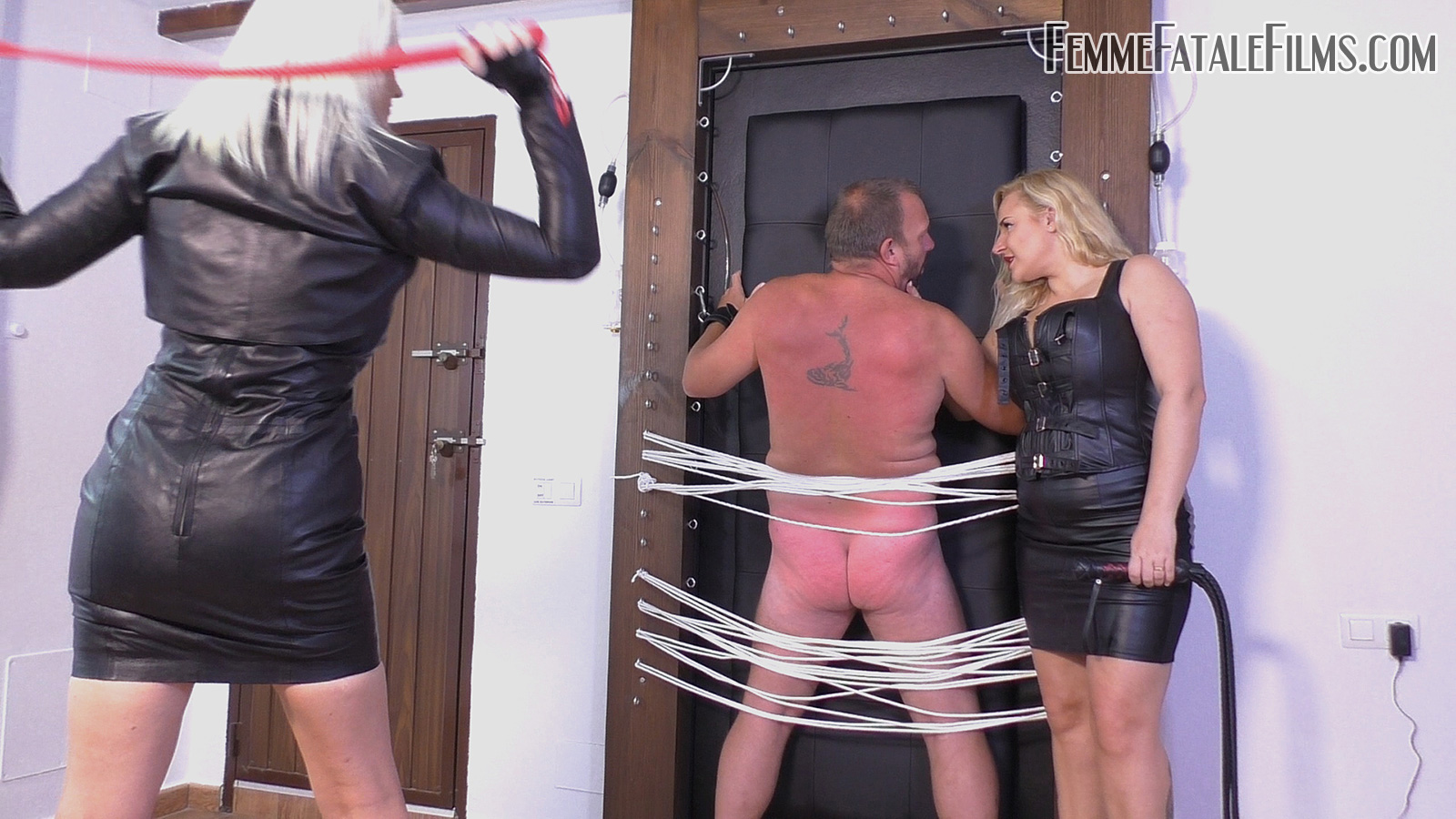 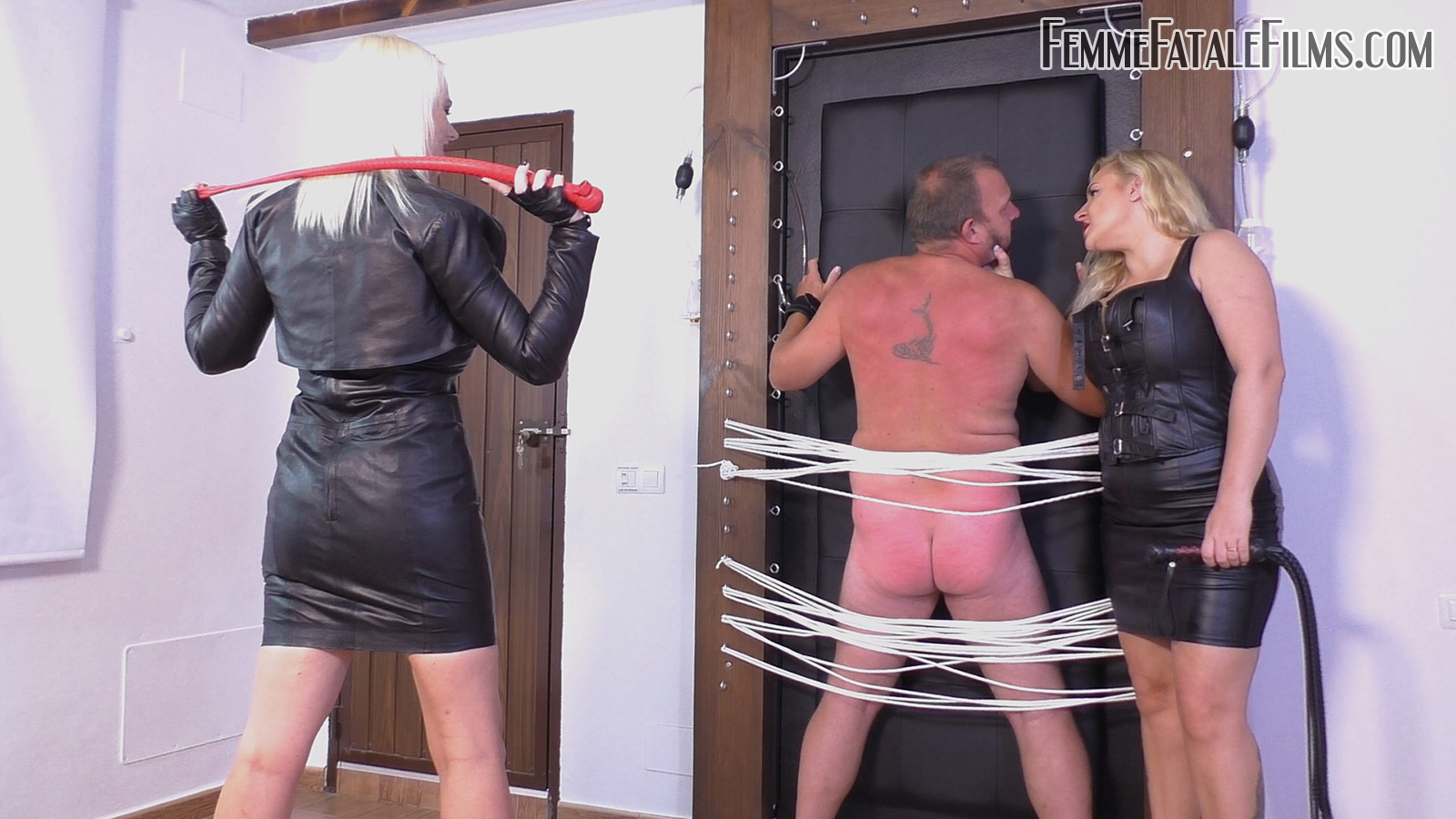 Featuring Divine Mistress Heather, Mistress Fox. A new slave has been strapped to the whip wall and given a thorough test with a variety of implements, including heavy leather floggers and then a vicious single tail, expertly wielded by Mistress Heather. Mistress Fox gives him blow after blow with a punishing cat o’nine tail whip, whilst Mistress Heather encourages him to suffer for them, whilst he stares deep into their sadistic eyes! 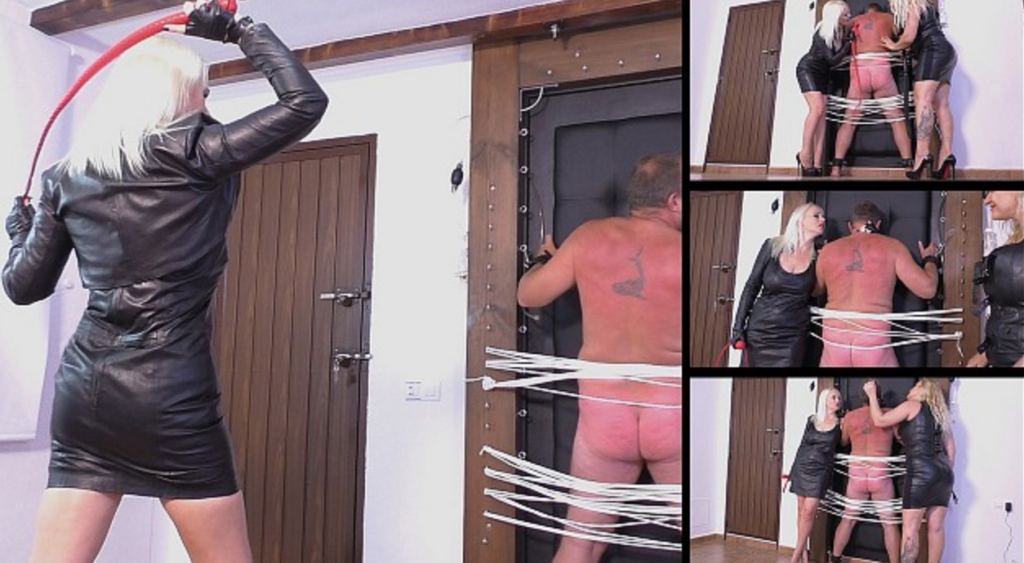