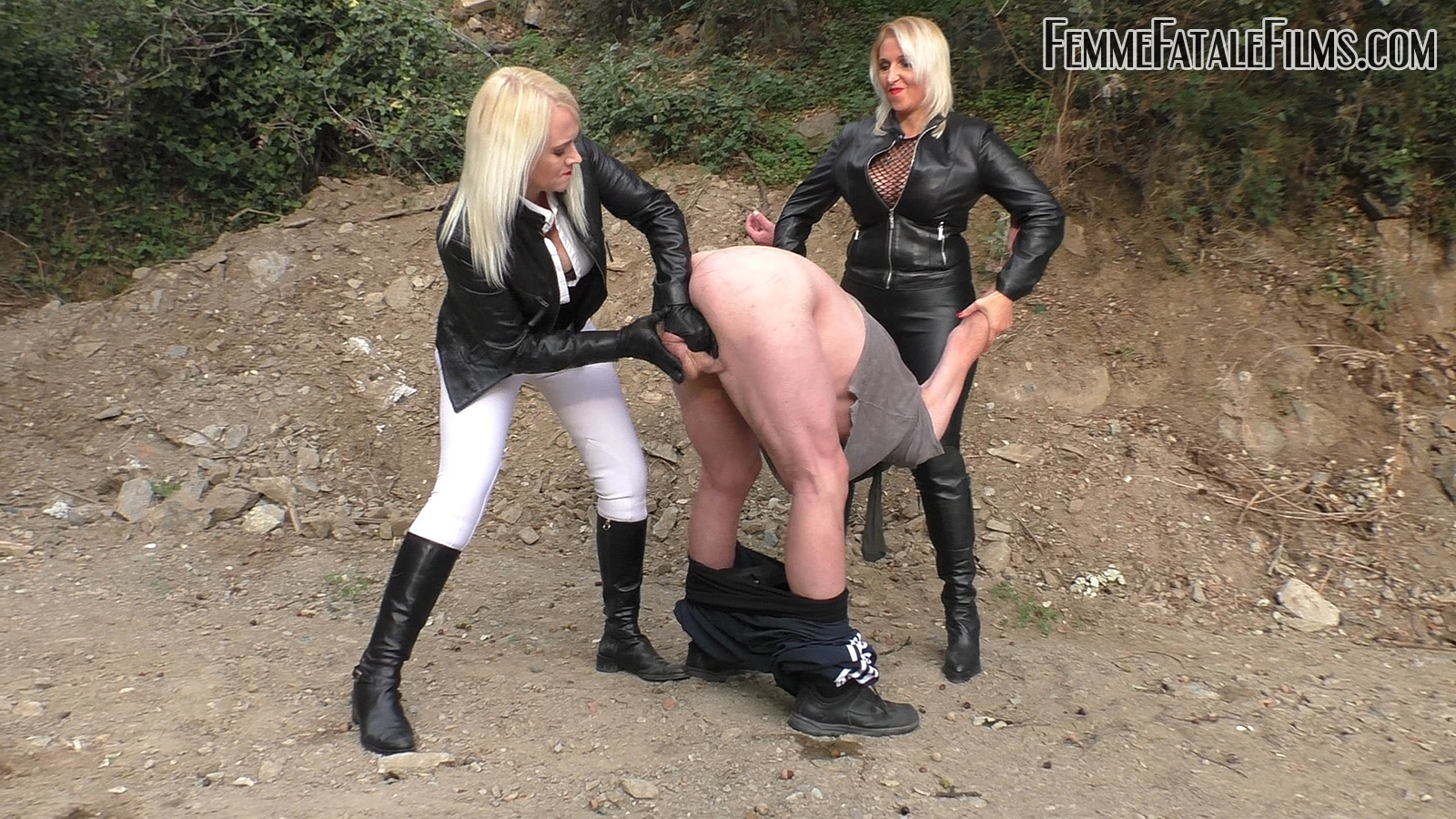 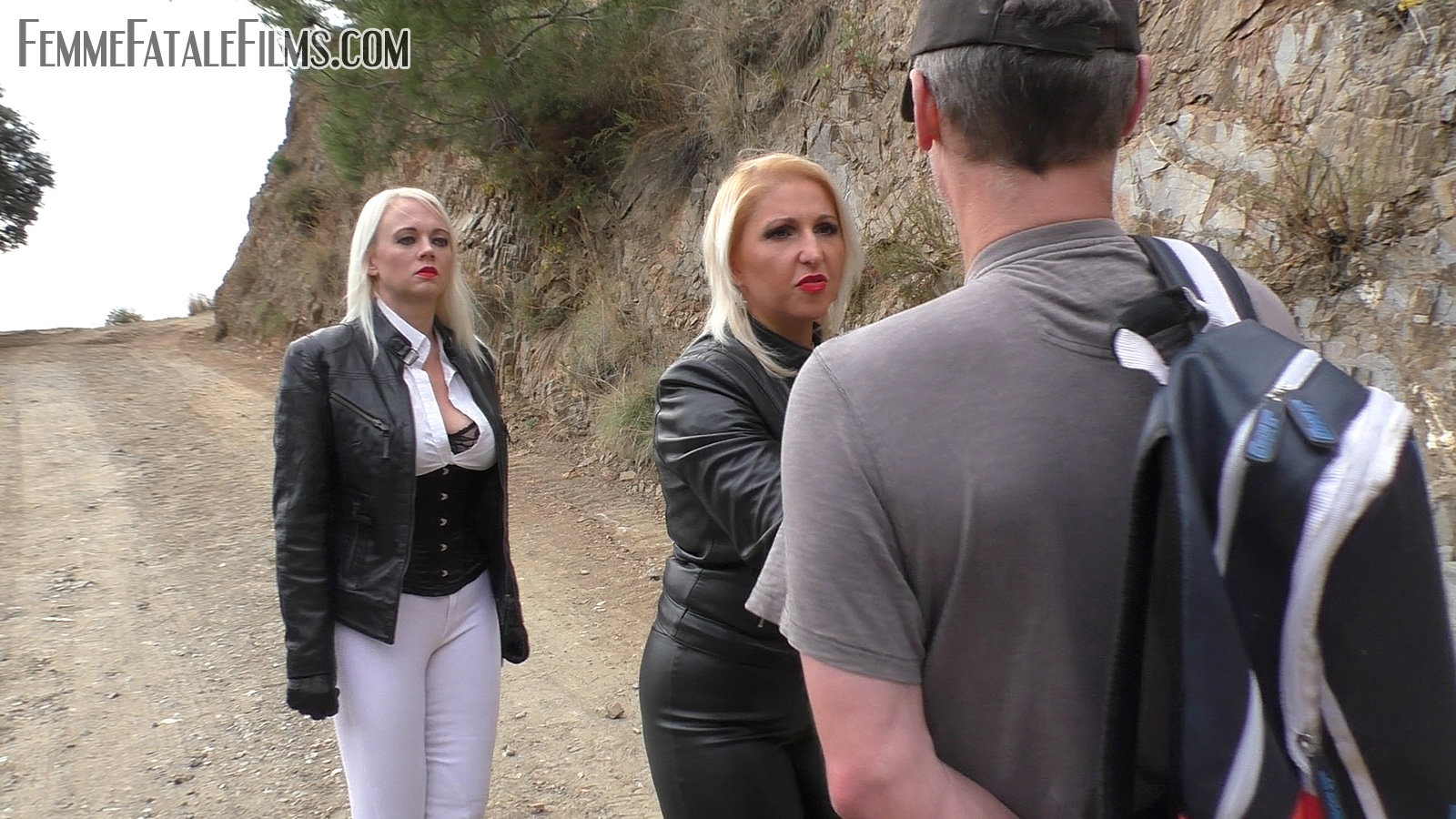 Featuring Divine Mistress Heather, Mistress Johanna. What starts out as a pleasurable stroll for the two ladies, turns unpleasant very quickly when a male walker appears and for some bizarre reason thinks he will get their favorable attention by slapping one on the ass as he walks past! What ensues is a brutal ball busting exercise, that would make any mere mortal crumple to their knees in agony. Spat at, kicked, busted and trampled without mercy, this scene shows the full force of Fem Dom supremacy over a rude and stupid belittled excuse for a man who deserved ball busting!! 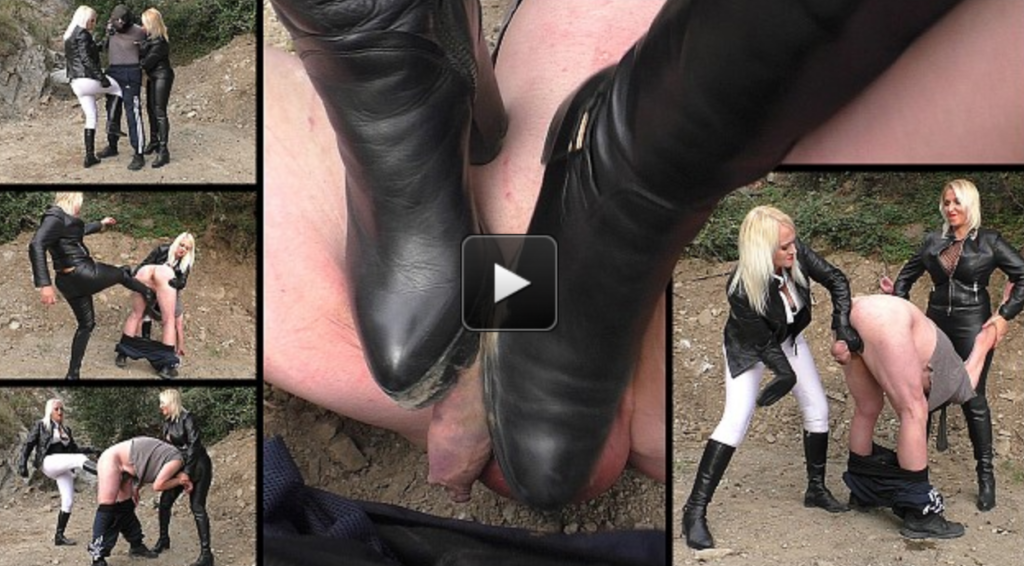