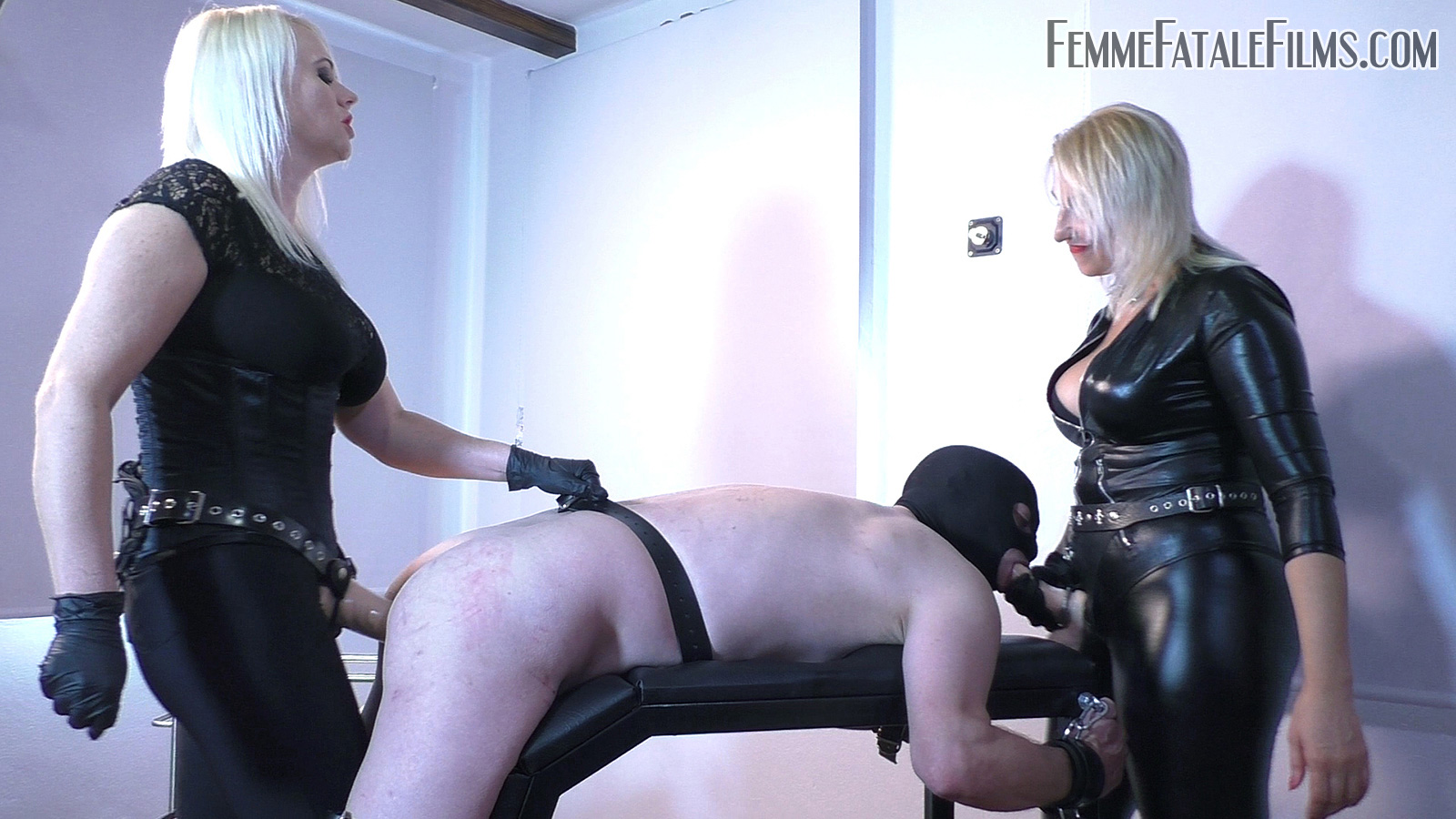 Ramming It In
with Divine Mistress Heather, Mistress Johanna 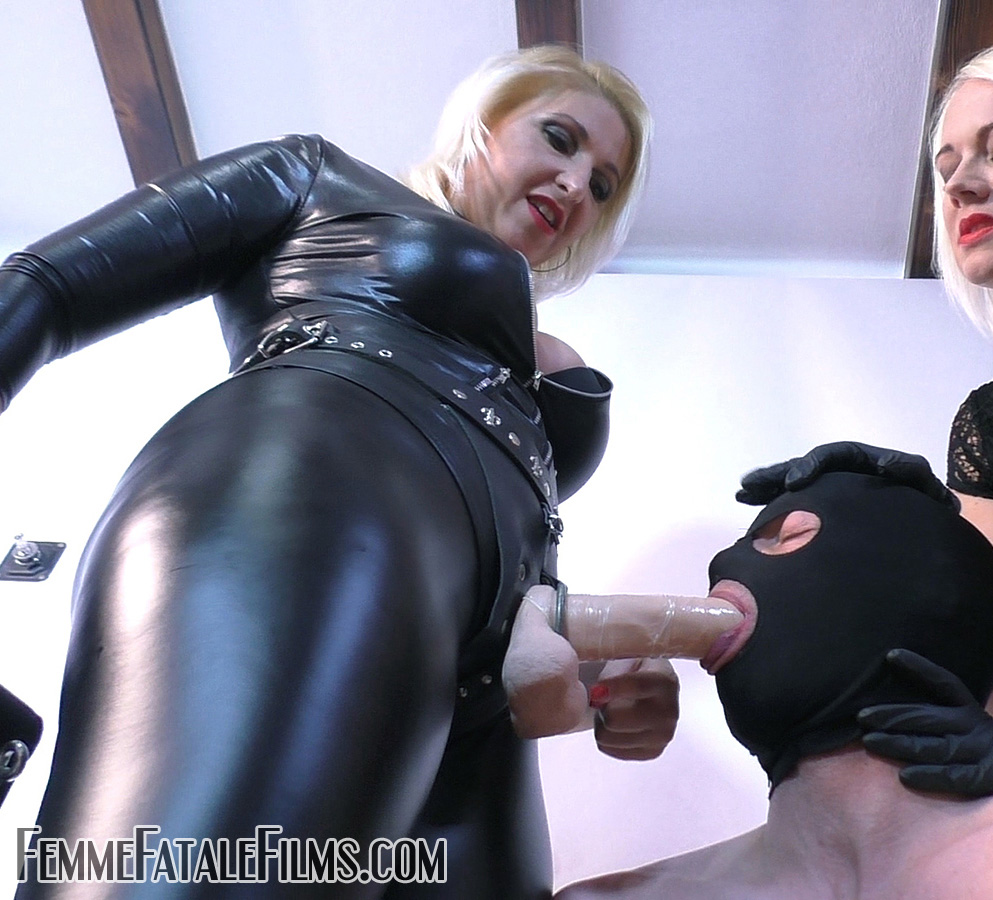 Featuring Divine Mistress Heather, Mistress Johanna. The slave is in for a real treat, being stuffed full of hard cock at both orifice ends! Before he gets his spit roasting treatments with the big fat cocks, he is made to suck and gag on them in turn, after all, it’s pretty much all the lubrication these monster cocks are going to get before they spear him on the fucking bench! Extreme action for the strap-on enthusiast! 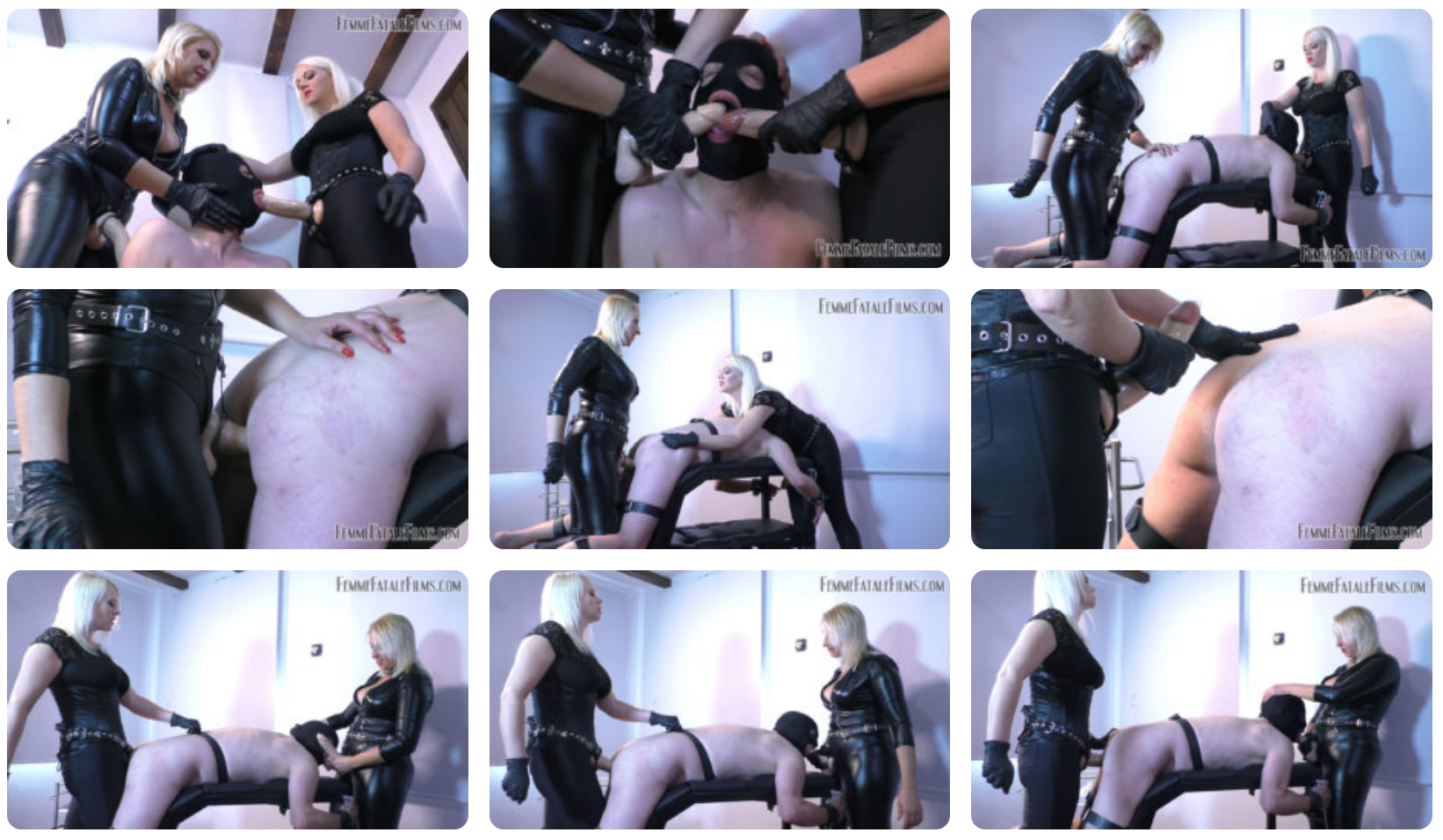 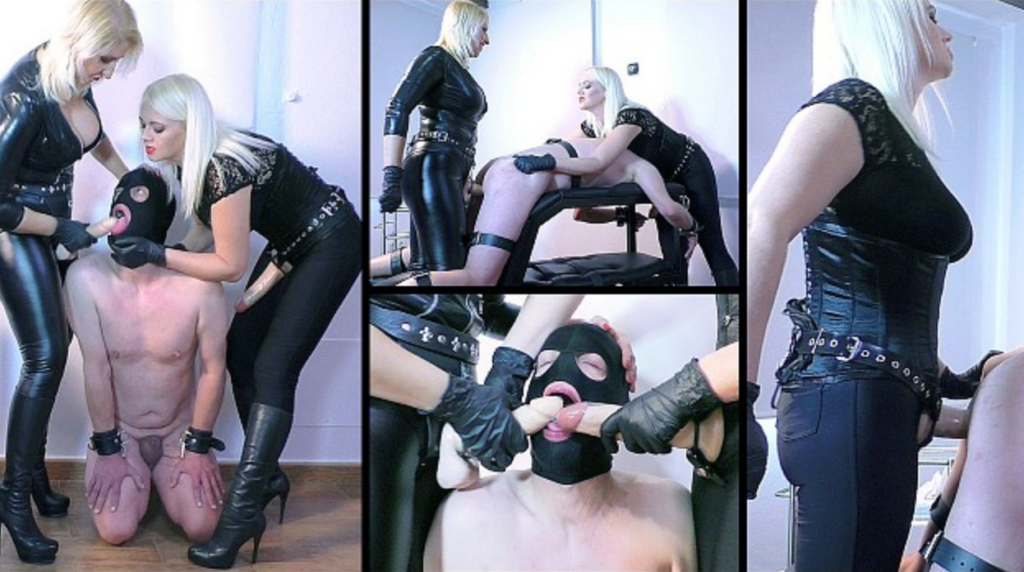