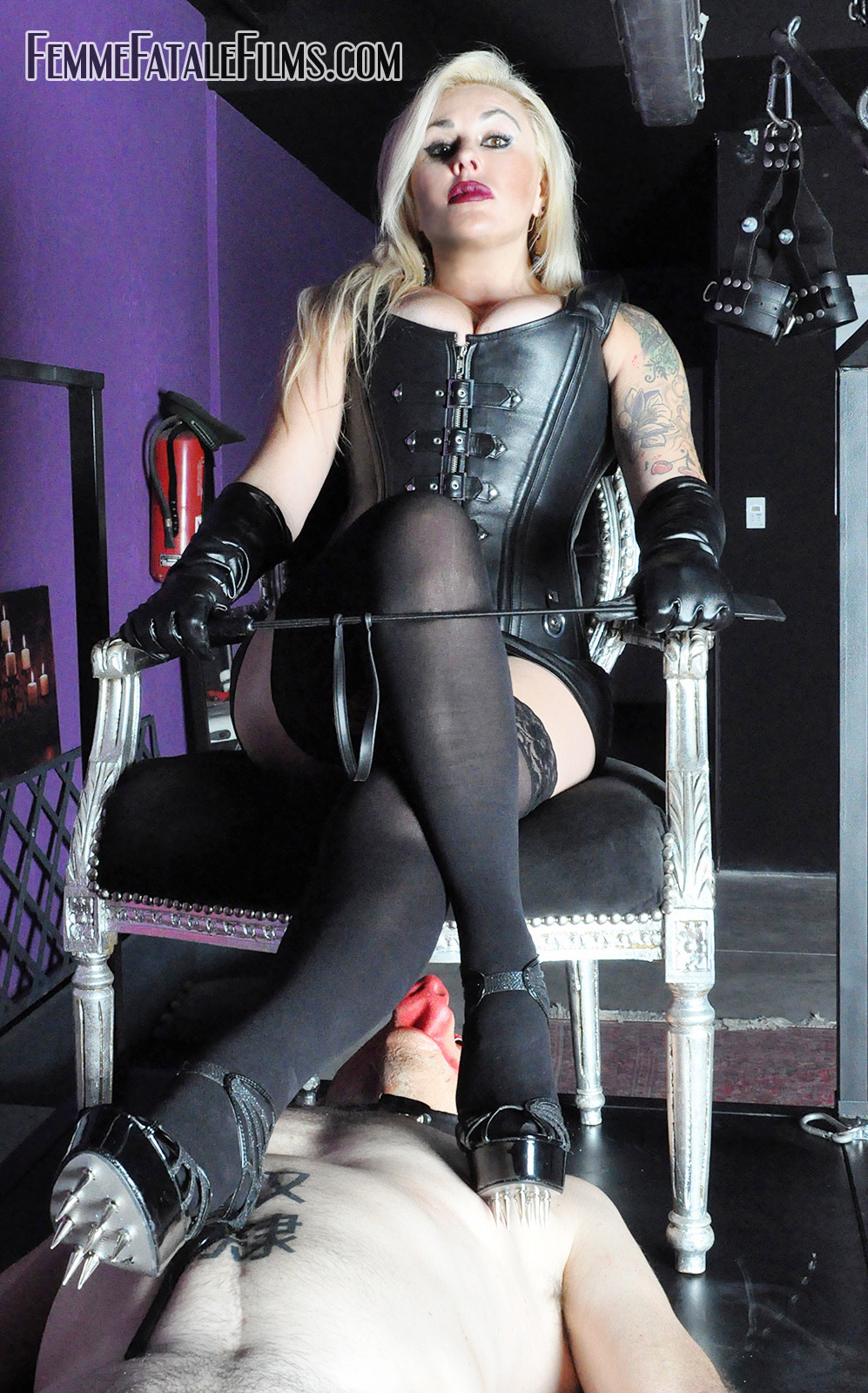 Laid Bare Femme Fatale Films Featuring Mistress SinPiedad. In this debut session for FFF with Mistress SinPiedad, she has some questions for her personal slave… she knows what he’s been up to, but his reluctance to admit the truth only makes matters worse for him! Her name translates from Spanish to ‘No Mercy’, which as you’ll see from the extreme action filmed in this session, is by no means an understatement! After having him confined is the deprivation box overnight, she’d hoped he might come to his senses and confess all, but his verbal belligerence leads to a severe trampling with vicious spiked-soled shoes. She then gives him an extreme whipping with a variety of implements including a leather flogger, the cane and several single tails. He is whipped front and back, laid bare and broken on the cross, to finally admit his failing. 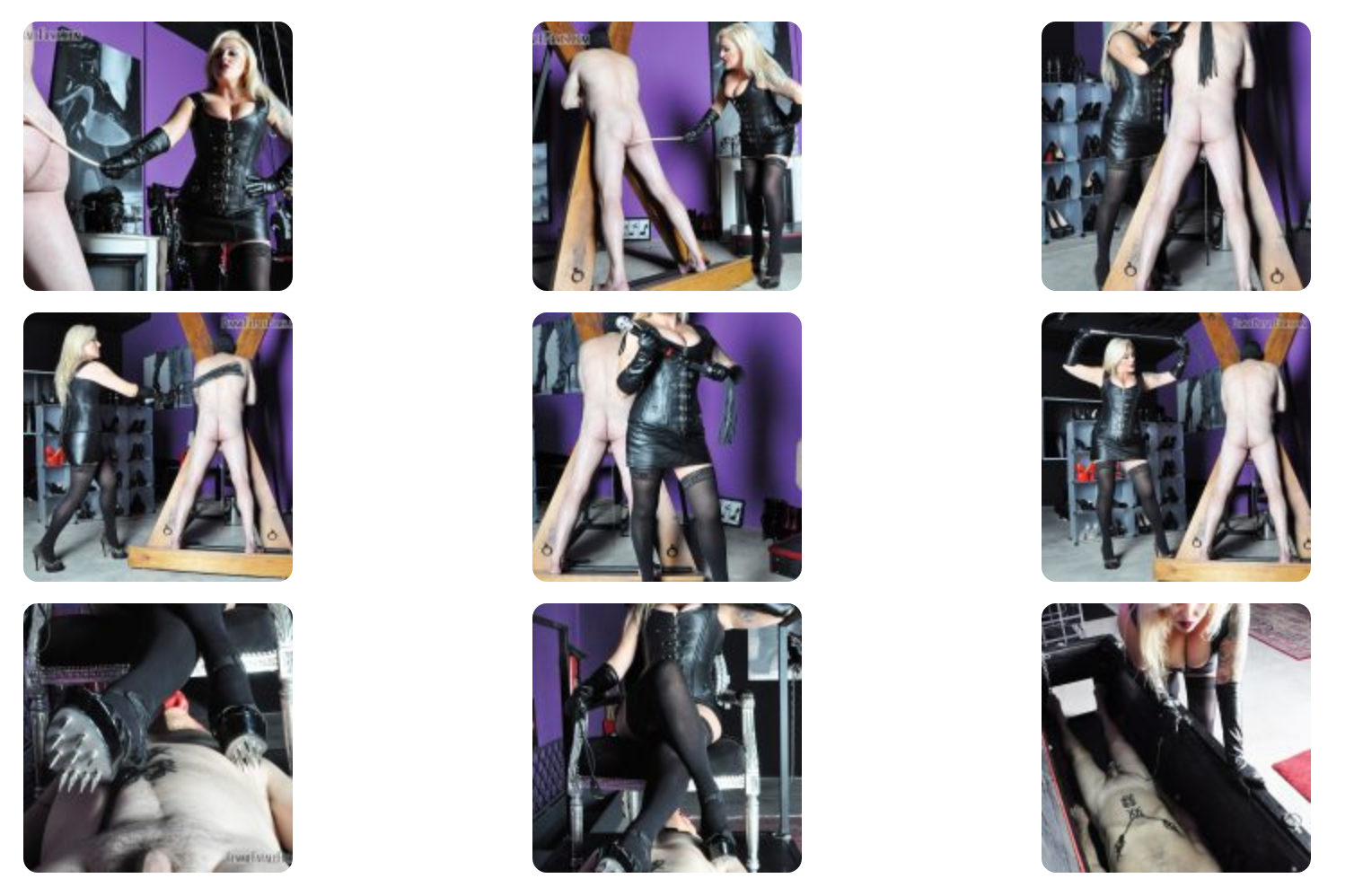