The slave has been condemned cruel confinement and to wearing a chastity device for what seems like an eternity, however Mistress Vixen gives him the glimmer of hope that he might be released if he can take fifty strokes of the cane. He has little choice but to accept the cruel conditional release and so the ordeal begins… but not with the cane at first. The first weapon of Mistress Vixen’s choice is the heavy flogger, followed by a viciously wielded single tail whip, paddle, crop and then finally the cane! The slave gets an extreme beating long before the cane is adopted and in true sadistic fashion, it’s clear that Mistress Vixen loves every moment of his suffering. 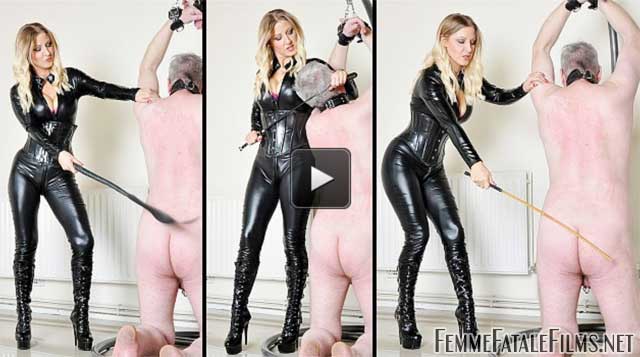 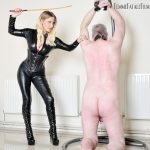 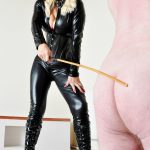 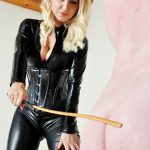 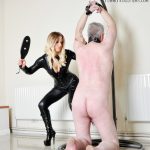 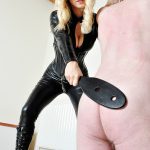 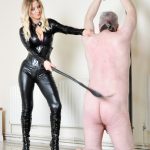 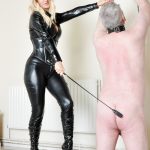 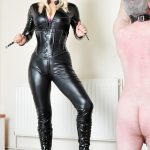 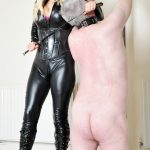 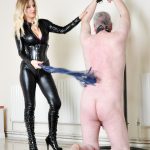